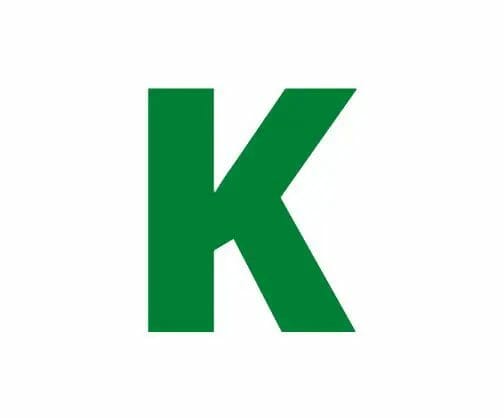 If you are playing a word game or researching for some homework you are probably falling short at guessing the full list of Vegetables That Start With K.

Most people will guess Kale and maybe Kelp but beyond that is starts to get pretty tricky.

Below is our list of Vegetables That begin With K if you come across anymore that we have not found please feel free to reach out to us so we can update out list.

We also have lists of fruit that begins with K and and a much longer list of foods that begin with K.

Vegetables That Start With K

Kale has grown to be one of the most widely used health foods in recent years and can be eaten either cooked or blended into a green smoothie.

It comes from the same family of plants as the cabbage and cauliflower. The leaves come in either green or a purple and can be either smooth or a rough curly shape.

There are three main types of Kale used in cooking; curly kale, purple kale and dinosaur or Lacinato Kale.

Before it found fame as a super food Kale was mostly grown to be used as a garnish for plates in restaurants.

Thanks to numerous studies and health experts promoting it’s health benefits, Kale has now been promoted from mere garnish to front and center super food.

When cooking Kale the real secret is to make sure it is cooked until tender regardless of what method you use to cook it.

After Kale, Kelp will usually be most peoples second guess at a vegetable that starts with k.

Kelp is a form of seaweed that has been eaten for thousands of years. In fact for those that lived in coastal areas it formed a major part of their diet and is often plentiful depending on the type of coast line.

It ranges from bright green to a dark brown/green in color and grows in larges clumps often referred to as Kelp forests.

Kelp grows in nutrient-rich saltwater all over the coasts of hundreds of countries and was a major food source for early man.

It is not the same as the seaweed that is used in sushi rolls and varies in color, size, shape and nutrient profile.

Kohlrabi is a lot like a cross between a turnip and a radish. It has a somewhat spicy flavor a bit like a radish. The bulb is quite large at roughly the size of an orange and both the bulb and the leaves can be eaten.

Kohlrabi is a part of the cabbage family and translates from German as ‘turnip cabbage’.

When looking for the freshest Kohlrabi at the store or local farmers market try to buy with the leaves still attached as this is usually a good indicator that it is freshly harvested and more likely from a local source.

You can separate the leaves from the bulb and store them in a sealed zip-lock bag in the fridge for a few days. The bulbs can be stored loose in a dry, dark location and will last for several weeks.

Komatsuna is a leafy vegetable that when translated from Japanese to English roughly means mustard spinach. There is a red and a green variety available and both have a similar flavor. If can be added to salads in it’s raw state or stir-fried or added to soups.

Komatsuna, with large, bright green spoon-shaped leaves, has long, slender stems. It can be collected as a micro-green leaf, a fully mature leaf, and also after the growth of the flowering head.

As the plant ages, the leaves become a darker green color and their delicate stems grow long, coarse and pale in color.

Komatsuna is tender and delicate in its youthful state, with a sweet taste and a slight mustard bite. Larger leaves, with an assertive crunch and a peppery mustard finish, produce a more fibrous, hardy texture.

Kombu is a form of edible Kelp and is one of the main ingredients used in a Japanese dashi or soup. It is quite high in calcium and iodine and used in traditional medicines.

In Japanese cuisine, Kombu is one of the most essential seaweeds, versatile and delicious. The fifth human taste of Kombu is rich in umami, which subtly improves other ingredients.

It not only improves the taste, but also helps with digestibility and nutrient absorption when Kombu is added to grains and beans while cooking. This may mean less of the impact of gas production for which beans are infamous. To reap these benefits, simply add an eight-centimeter sheet of Kombu to your rice cooker or pot of beans while cooking.

The Kuka plant is becoming more and more rare and is mostly found in Africa. the fruit, leaves and the seed can be eaten. It is quite high in calcium and is prepared as a soup in many parts of Nigeria.

The leaves can be used as part of a soup ‘Miyan Kuka’. It can also be bought as a powder where the leaves are dried and then ground.

The Kurrat vegetable is also called the Egyptian leek, the flowers, leaves and the root bulb are all edible.

In the Middle East, Kurrat or Egyptian Leek (Allium ampeloprasum var. kurrat) is cultivated for its leaves. It is closely related to Elephant Garlic and Leeks and, while widely referred to as Allium kurrat, is usually considered to be of the same genus.

It is commonly used to make a kind of ‘leek’ stew.