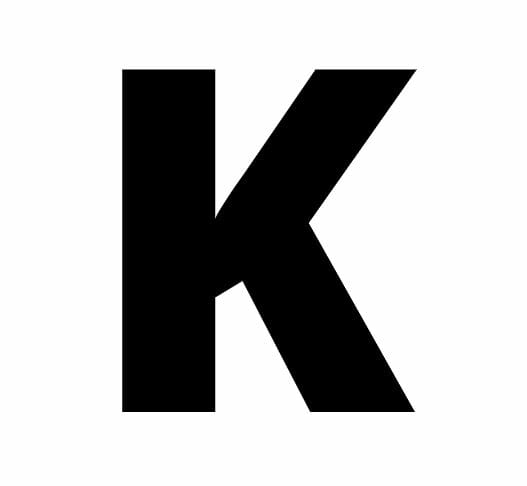 If you are looking to discover all of the foods that start with K then you have come to the right place.

Out list of foods that begins with the letter K has been compiled to include all types of food both natural and commercially produced .

Foods That Start With K

Kahlua is a coffee liqueur that is Mexican in origin. It is made with a combination of rum, sugar and 100% Arabica coffee. It is most famous for being one of the main ingredients in a white Russian cocktail, Espresso Martini and the Mudslide.

Kale is a Cruciferous vegetable and is a member of the cabbage family. There is a large variety of different kinds of Kale available with either green or purple leaves and either curly or smooth shaped leaves but the most common ones are curly kale, purple kale and dinosaur kale.

Before it was so famous as a super food kale was mostly used as a garnish for plates and salad bars.

Kale can be cooked in a variety of different ways but the three most common are steaming, sauteing and boiling.

The secret to perfect kale is to make sure that is has been cooked long enough for it to soften completely, under-cooked kale will be chewy and not very pleasant to eat.

Kasha is a porridge like cereal that is made from buckwheat groats after they have been roasted, then soaked and then slowly simmered on a heat until they soften.

It can be served just like any hot porridge for a filling high fiber breakfast and can be served with all of the usual favorites that you add to your porridge.

Kangaroo meat is largely produced from wild kangaroo’s in Australia and is eaten both locally and also packaged for export. It is said to have a fairly low fat content and is approved by the Australian Heart Foundation as a healthy alternative to red meats.

Kava originates from Polynesia and it is made from the root of the Piper Methysticum plant(a member of the Pepper family). It is consumed as a tea or taken as an extract to help with depression or anxiety.

A kebab is a long thin skewer with of cubes of meat such as beef, chicken, lamb or pork that have been marinated and then threaded onto the skewer along with some vegetables like onion and sweet peppers and then cooked over some form of open flame.

Kedgeree is thought to have originated in India and it is easy to see the Indian influence in this British dish. It is a combination of rice, eggs and a smoked fish such as haddock which is then flavored and stewed with a curry sauce.

Ketchup is a staple in just about every house and restaurant the world over. It is a popular condiment make from tomatoes and is said to originate in China however the recipe and end result is nothing like the original.

Ketembilla is the small hairy purple tropical fruit from India that is somewhat like the gooseberry. It is used to make preserves and has a somewhat tart flavor.

Kettle Corn is a type of popcorn that is made with the addition of oil, salt and sugar to give a slightly sweeter version of regular popcorn. It is best made in a heavy Dutch oven or pan and is best eaten whilst still warm and aromatic.

The kidney bean is a variation of the common bean. It largely resembles a kidney in shape hence the name. They come in a variety of shapes, sizes and colors but for the most part it is the red kidney bean that is the most popular amongst cooks.

Kingfish is a member of the mackerel family and is routinely caught along the the Western Atlantic Ocean and the Gulf of Mexico. It is not quite as oily a fish as the more common mackerel and it lends itself to cooking quite well.

A kipper is a whole herring that has been gutted and then sliced from head to tail. It is then salted or pickled and then finally smoked over wood chips. The term kipper is mostly used in the United Kingdom and it is traditionally used as a savory breakfast dish.

Kirsch is a brandy or clear liqueur that is made be double distilling merello cherries which are a dark variation of the sour cherry. It can be used in both cocktails and sometimes as a flavoring for desserts.

Kishke is a traditional Jewish dish that is made by stuffing the intestine of either beef or foul. It is stuffed with flour, fat, onion and seasonings.

The KitKat is a chocolate covered wafer originally created by Rowntree’s of York and later acquired by the Nestle brand for worldwide distribution. The original bar has now several variations that include salted caramel, dark and mint.

The Kiwi fruit is a somewhat acidic tasting fruit that originated in China and Taiwan. It has been cultivated to grow on a commercial basis in western countries such as New Zealand and several states in the USA like California.

Knackwurst or Knockwurst is a thick German sausage that contains ground pork, garlic and veal. It is usually smoked over oak chips and is said to come from the Holstein region of Germany.

Knish is a tradional Jewish snack food that is essentially a single serving pie or savory pastry that is filled with a variety of fillings namely some kind of meat or onions and potato.

Kohlrabi is often called cabbage turnip and is a cruciferous vegetable that has a large bulb at the bottom that resembles a turnip and long leaves that look similar to cabbage leaves.

The kokum is native to southern India’s western coastal regions and is rarely seen beyond this location. It is also only used in Gujarat Maharashrta’s ethnic cuisines and some southern states in India.

Kokum is often halved and dried so that the dried seeds, like citrus fruit, are clear. Typically it is sold as a dried rind, black to dark purple, sticky and with curled edges.

It is used just like tamarind to add a more sour flavor profile to curries in particular curries that are made using coconut milk.

Kokum is also found in pickles and chutneys to adjust the flavor and reduce sweetness where necessary.

Koumiss is an ancient drink, popular in eastern Europe and central Asia, and has ancient origins.

It is traditionally produced by combined fermentation with lactic acid and alcohol from mare’s milk, and its highly nutritious and healing properties are well known.

Kvas is a fermented grain drink, kind of like a beer that is scarcely alcoholic.

Kvas producers start with Russian brown rye bread in order to create the tangy fermented flavor. You soak it in water, then add a little yeast to it.
For a few days, the whole mixture ferments, a process that produces a natural carbonation and a distinctive sour taste.

Kudzu is native to China and Japan, where its edible starchy roots and a fiber made from its stems have long been grown. Kudzu is a valuable and attractive ornamental plant and is also used as a fodder crop for livestock.

Kumera is another name for the ever popular sweet potato. Kumara is neither a potato or a yam and belongs to the morning glory family.

The modern kumara plant, with tubers, is a climbing vine. During late summer and early autumn, the tubers are harvested. They are hard and starchy when freshly-dug, missing their characteristic sweet taste. They are stored for several months, during which time their starch is converted to sugar.

A kumquat is a fruit that is edible, orange-like and native to Southeast Asia.

Although the citrus fruit is similar in shape and color to an orange, it is actually very small, around the size of an olive. Kumquats are usually round or oblong.

The name “kumquat” in English comes from a Cantonese term meaning “golden orange” or “golden tangerine.”