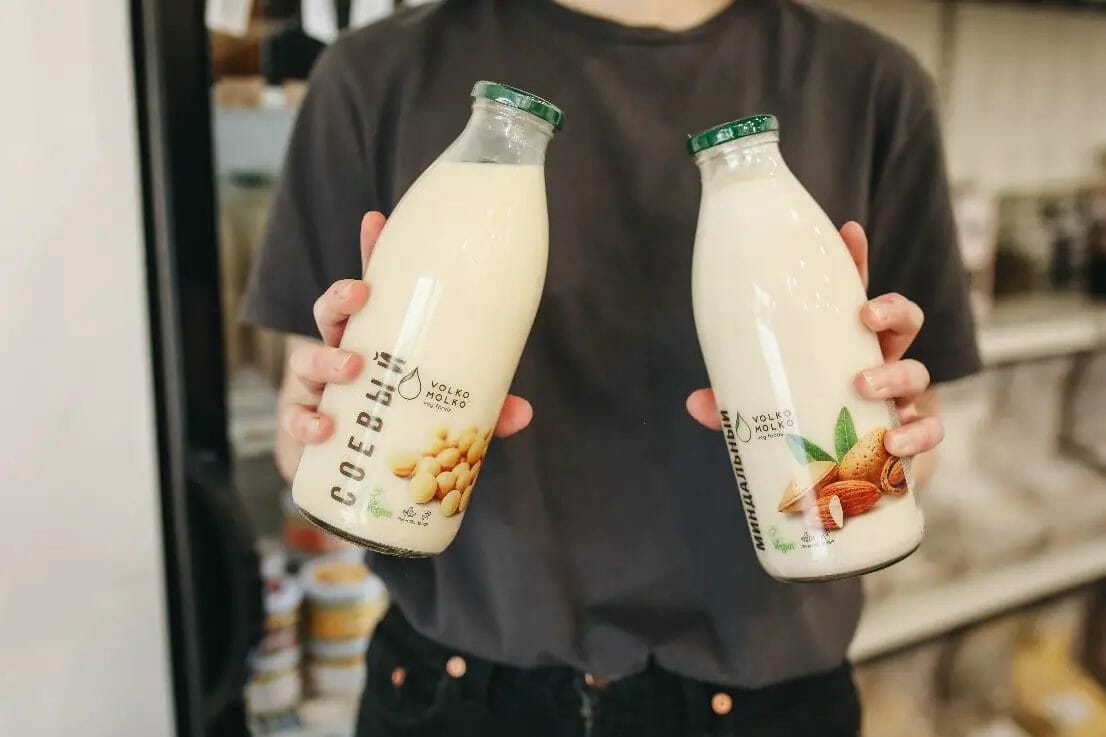 Plant-based milk has completely revolutionized the world’s dairy industry and has reduced the global dependency on animal-produced milk.

The global abundance of social media sites such as Facebook and Instagram has largely contributed to spreading this new, modern plant-based lifestyle trend like fire worldwide.

While the debate regarding whether plant-based milk is better than animal-produced milk is still ongoing, there is no denying that plant-based milk can offer some additional benefits that animal milk cannot, such as having fewer carbs, more fiber, less calories, and more natural and healthier plant sugar.

The most popular types of plant-based milk are soy milk, oat milk, almond milk, coconut milk, and peanut milk. These plant-based milk types have been openly accepted by all kinds of people and are now being used by large beverage establishments as well, such as Starbucks and Dunkin Donuts.

Continue reading below to learn about the top four types of plant-based milk, how they are made, and what benefits they offer.

Soy milk is an extremely popular form of plant-based milk that has been used for many years. It is a well-known traditional vegetable protein beverage that was first made and introduced in China.

One can find soy milk at almost all grocery stores in many countries of the world or can attempt to make fresh soy milk at home as well. As the name suggests, the main ingredient used in the production of soy milk is soybeans.

How is Soy Milk Made?

In order to produce soy milk, the soybeans are soaked in water till they retain the water and increase in size. Then the soybeans are ground either by a manual hand grinding tool or a grinding machine. The mixture of ground soybeans and water is then boiled at high temperatures. Lastly, the boiled soybean mixture is passed through a filter or fine sieve to separate the liquid soy milk from its dry particulates.

If the soy milk is not separated from its dry contents, then the soybean and water substance is dried and solidified to form tofu.

Now due to globalization and the fast-moving information, soy milk has become an extremely popular plant-based milk form in other parts of Asia, Europe, and the United States of America.

Due to its cream white color and consistency, soy milk is the plant-based milk that is the most similar looking to animal-produced dairy milk. Because of its extremely high protein content, soy milk serves as an excellent protein substitute for people who are either lactose intolerant or live a vegan or non-dairy lifestyle.

Another common plant-based milk that has gained popularity due to many celebrities and social media influencers vouching for it is oat milk.

Oat milk is a plant-based milk form produced from whole oat grains. Whole oat grains are blended in a strong blender with filtered water for at least one to two minutes until the mixture becomes smooth and creamy.

The oat and water mixture are then passed through a mesh, a sieve, or a cheesecloth to separate the oat milk from the dried matter. The oat milk comes out in a white color and is slightly thicker and creamier in consistency than animal-produced milk.

Apart from the delicious taste and aroma, oat milk is also loved for the many nutritional benefits that it offers. For instance, it contains a good amount of fiber which helps keep a healthy digestive tract. Moreover, it has significantly fewer calories, sugar, fats, and carbs than animal-produced dairy milk.

Some common ways most consumers use to incorporate oat milk into their daily lives are as follows:

Almond milk is the type of plant-based milk that most people have come across due to its global abundance. First produced and tried in Southern Europe almost 1000 years ago, almond milk is now available almost everywhere in the world.

Almond milk is a plant-based milk form that has a creamy white consistency, and delicious nutty flavor that people of all ages love. Almond milk is an excellent milk substitute for people who suffer from lactose intolerance or are conscious about their weight, as it contains absolutely no lactose and barely any calories.

Due to its global popularity, many big beverage-producing companies have produced different variants of almond milk to cater to all kinds of people. One can find chocolate flavored, fruit-flavored, vanilla flavored, and unsweetened versions of almond milk easily.

It is produced by blending soaked almonds with filtered water and passing the mixture through a fine mesh or cheesecloth.

Common recipes that use almond milk include:

Coconut milk is one of the naturally occurring forms of plant-based milk that is not produced through a detailed process. Originating from many tropical countries, coconut milk is a cloudy liquid that is thinner in consistency than animal-produced milk and is extracted from the pulp of fully matured coconuts.

The opacity and unique taste of coconut milk are due to its high concentration of natural coconut oil. Coconut milk that is too thick and contains a lot of saturated fats and oil is referred to as coconut cream.

Coconut milk has been a part of many Asian, Latin American, and West African cuisines for many years. Some common ways that people consume coconut milk are as follows: