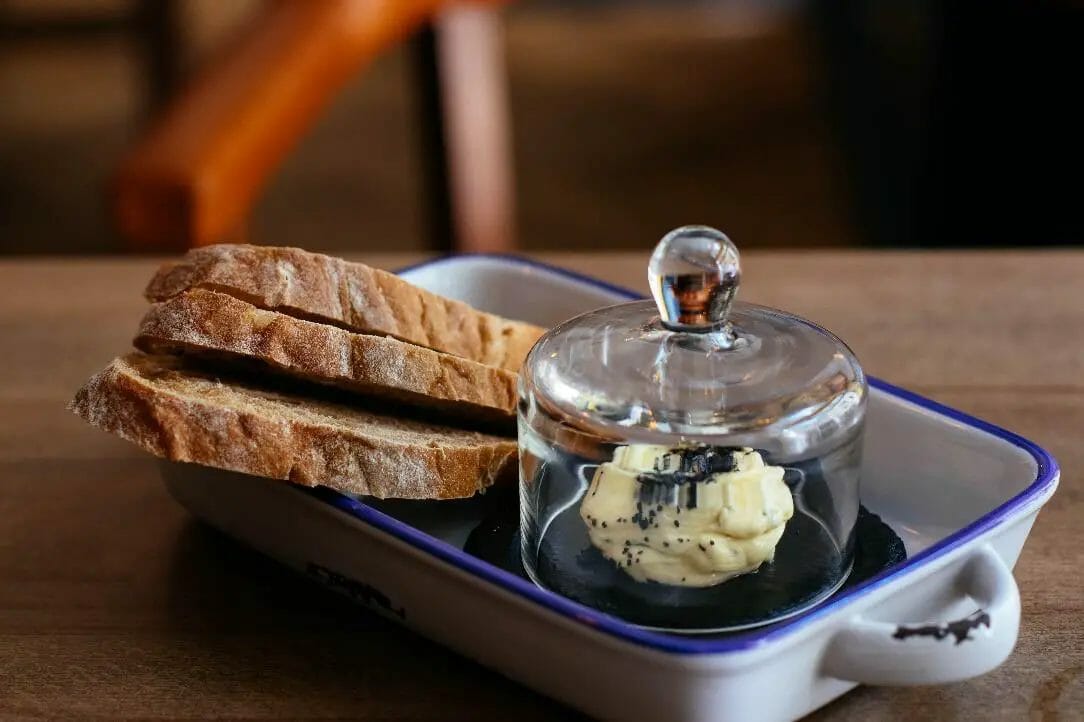 In today’s times, being healthy and fit is seen as the same as being fashion-forward. Many celebrities and social media influencers are more commonly spotted around town in workout and gym clothing instead of fancy attire.

Apart from witnessing a massive increase in sales of gym clothing, memberships, and workout equipment, the world is also seeing a significant global shift to plant-based and vegan lifestyles.

More and more internet influencers and general people are looking to shift from a life of consuming meat and animal-produced dairy items to wanting to switch to plant-based meats, plant-based milk forms, cheese, yogurt, and vegan butter.

With social media platforms and internet blogs continuing to publicize the health benefits of shifting to vegan margarine or plant-based butter, there is an ongoing global debate regarding whether plant-based butter forms are better than animal-based dairy butter or margarine.

To dig deeper into this debate, it is essential to first break down the differences between vegan butter and regular animal-based butter. Continue reading below to learn about the main differences, their nutritional value, and understand why vegan butter has been stirring up controversies in the health world. Let’s get started.

What Is Plant-based or Vegan Butter and Animal-based Dairy Butter?

What Is Plant-Based or Vegan Butter?

Plant-based or vegan butter was first introduced as a non-dairy substitute for people who either were vegetarians or vegans or could not consume regular butter because of their lactose intolerance. With time, vegan butter became popular around the world and was preferred by many fitness-conscious people who wished to lead a more natural lifestyle.

Moreover, many people, who otherwise do not lead a plant-based lifestyle, still prefer vegan butter over regular butter for its rich taste, flavor, and consistency.

How is Vegan Butter Made?

While vegan butter has a similar consistency, thickness, taste, and texture to dairy butter, the ingredients that are used to prepare it are completely different. Instead of containing any traces of dairy milk, vegan butter is made by combining filtered water and some combination of plant-based oils.

In order to attract a larger customer base and give their competitors a tougher competition, some vegan butter producing brands also add a selection of finer and more expensive plant-based oils such as sunflower oil, fava bean oil, shea butter, walnut oil, etc.

The buttery flavor and consistency that makes vegan butter taste and feel just like regular butter is thanks to the addition of apple cider vinegar combined with unsweetened almond or soy milk. Adding a little amount of nutritional yeast will further enhance the flavor.

These different ingredients are harder to source compared to animal milk. Hence, vegan butter, due to its newness, lack of abundance, and some ingredients, is often much pricier than regular animal-produced dairy butter.

Moreover, due to its extremely easy recipe, many consumers produce their plant-based vegan butter in their homes by themselves. Not only is this the most economical alternative to buying vegan butter from a grocery store, but this also gives consumers the chance to choose their preferred ingredients, control the amount of salt, and make fresh butter whenever needed.

What Are Some Common Uses of Plant-based or Vegan Butter?

Vegan butter was produced as an alternative to animal-produced dairy butter. Hence, it is used in similar ways to regular butter. Some common uses of plant-based or vegan butter include:

What is Animal-based Dairy Butter?

Animal-based dairy butter is the type of butter that has existed for many centuries. Before plant-based or vegan butter forms were commercially introduced, people around the world had no choice but to either consume dairy butter or skip it altogether.

Animal-based dairy butter is produced from the fat and protein components that exist in churned cream. The cream is most commonly extracted from cow, buffalo, or goat milk. In some regions of the world, camel milk or yak milk is also used to produce animal-based dairy butter. Some salt is added to give the butter its delicious taste and aroma.

Vegan Butter Versus Dairy Butter: Which has a Greater Nutritional Value?

While plant-based vegan butter seems to have been openly embraced by the public, many dietitians, doctors, and healthcare fitness experts do not seem as convinced.

These dietitians and specialists argue that since dairy butter is more abundantly available and is significantly cheaper to purchase or produce, there is no reason for someone to shift to vegan butter if getting fit and healthy is their primary reason for doing so.

Moreover, some vegan butter is said to contain traces of unhealthy emulsifiers or artificial flavors to give the plant-based butter the same texture or flavor as regular butter.

Before we dig deeper into whether vegan butter can be dangerous to human health or not, let us compare the nutritional values of animal-produced dairy versus plant-based vegan butter.

Vegan Butter Versus Dairy Butter: Which Has More Calories?

Although plant-based vegan butter is often advertised as an ideal butter substitute for weight loss and a healthy diet, consumers are often shocked to find out that this is not actually the case.

If vegan butter contains a high concentration of certain plant-based oils such as coconut oil or palm oil, the vegan butter will be more fattening and have a higher number of calories than regular dairy butter.

This is why many consumers who shift to plant-based vegan butter for the sake of shedding some extra pounds or getting in better shape are often disappointed after seeing no results. They unknowingly keep consuming fattening vegan butter while thinking that it’s good for them.

Hence, consumers trying to lose some weight should simply try to refrain from consuming excessive amounts of any kind of butter.

Vegan Butter Versus Dairy Butter: Which Has a Greater Amount of Saturated Fats?

The main reason why some doctors or diet specialists warn about the dangers of consuming plant-based vegan butter is due to its high concentration of saturated fats.

For instance, plant-based vegan butter that contains a high amount of coconut oil contains 50% more saturated fats than regular animal-produced dairy butter. Since the consumption of saturated fats has directly been linked to an increased risk of high blood pressure, clogged arteries, heart diseases such as heart attacks or strokes, and diabetes, many doctors guide their patients to steer clear of it.

According to medical research, if an individual is able to cut down their consumption of saturated fats, they can reduce the chances of developing heart-related diseases by 21%.

Another ingredient to be aware of is kernel palm oil. If this ingredient is listed as the first or second ingredient mentioned on the vegan butter’s label, consumers should avoid it at all costs. High amounts of kernel palm oil have a lot of saturated fats, which increases the cholesterol level of consumers.

A simple way to check whether a vegan butter has a lot of coconut or palm kernel oil or not is by looking at the ingredient label on the packaging of the butter. The printed label is often mentioned either on the butter container’s back or side. If these ingredients are present at the beginning of the list, then they are present in high amounts. However, if either of these oils comes after four or five other ingredients, then that butter is safer for consumption.

Moreover, according to Harvard’s newsletter, palm oil is almost 50% saturated fats, while olive oil contains only 15% saturated fats. Hence, if a person cannot consume any form of butter other than vegan butter, then they should choose one that is either solely or dominantly made from olive oil as it poses the least amount of health risks and aids in weight maintenance and loss.

What Amount of Saturated Fats is Safe for Everyday Consumption?

Patients struggling with heart disease or high blood cholesterol are warned against consuming foods with high amounts of saturated fats. Moreover, healthier individuals are also directed to refrain from frequent consumption of saturated fats to maintain their health and steer clear of obesity.

According to the American Heart Association, in order to live a healthy life, one should ideally limit the consumption of saturated fats to no more than 5% to 7% of the total calorie intake each day. This percentage is equivalent to almost 10 to 14 grams of saturated fats.

Hence, for instance, for a person consuming 2000 calories each day, their consumption of saturated fats should not exceed 13 to 15 grams.

Vegan Butter Versus Dairy Butter: Which Has a Greater Amount of Mono-saturated Fatty Acids?

Contrary to what some people believe, not all fats are bad. As a matter of fact, consumption of certain fats will aid a person’s weight loss, reduce their blood cholesterol level, and reduce the risk of heart-related diseases.

Such fats are commonly known as mono-saturated fatty acids or MUFAs. These fats are found in cashews, walnuts, almonds, avocadoes, nut-based butter, etc.

In comparison, plant-based vegan butter is a richer source of mono-saturated fatty acids when compared to animal-produced dairy butter. However, this is only the case if the vegan butter is dominantly made from nuts or avocadoes and does not contain any amounts of coconut or palm kernel oil.

Vegan Butter Versus Dairy Butter: Which Has the Greater Number of Vitamins?

Vitamins are an essential part of a person’s diet. They help keep blood cholesterol low, immunity and energy levels high, and help the person lead a healthier and more active life.

The table below summarizes the comparison between the concentration of different vitamins found in dairy and vegan butter.

As shown in the table above, plant-based vegan butter is not a rich source of vitamin A, K, and D. Hence, consumers will have to get these vitamins from other sources instead. Moreover, the table shows that animal-based butter is high in most vitamins and should not be ruled out of a diet unless necessary.

Vegan Butter Versus Dairy Butter: Which Has a Greater Amount Of Calcium?

Calcium is found in high amounts in the milk produced by most animals. Hence, animal-based dairy butter serves as a high source of calcium. On the other hand, plant-based vegan butter does not contain any calcium.

However, this does not mean that vegans need to shift to animal-produced dairy butter or milk to get their daily dose of calcium. Instead, they can source their necessary calcium from plant-based food items, such as:

Vegan Butter Versus Dairy Butter: Which Has a Greater Amount of Sodium?

Dieticians warn people against consuming too much sodium. Excessive consumption of sodium is linked with weight gain, but it is also responsible for raising blood pressure and increasing the chances of stroke or a heart attack.