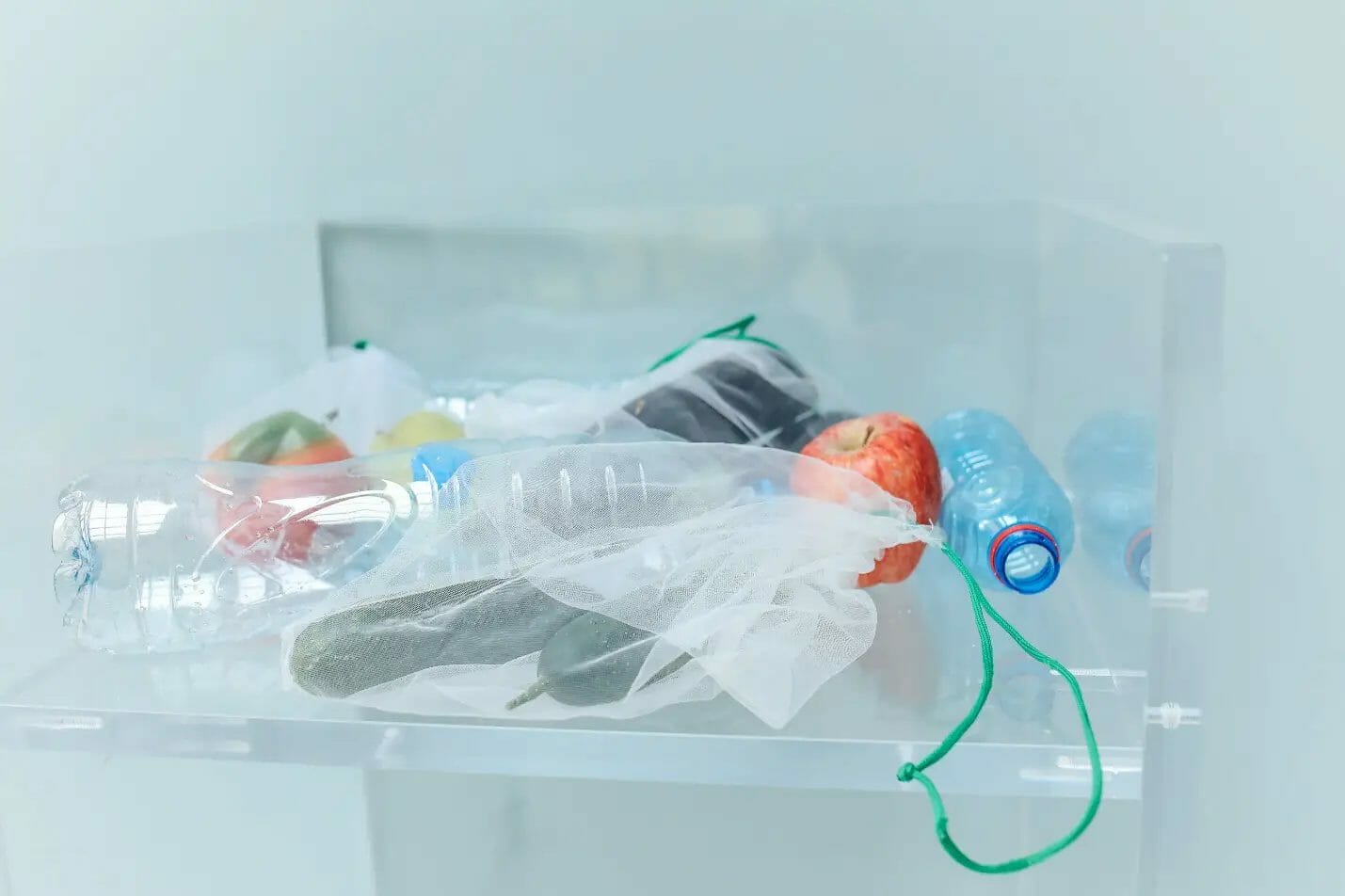 Our irresponsible actions in dealing with plastic waste have primarily paved the way for global warming and created an environmental imbalance on this planet. We generate tonnes of plastic waste each year in plastic containers; however, with no proper ways to dispose of plastic containers, we enable the plastics to fill up the land and ocean and increase the number of harmful pollutants in the air.

Even after years of building awareness of its side effects on Earth’s health, handling plastic waste is still a problem. The critical issue we have identified is that there are no proper ways taught to the public how to ensure that their plastics are entirely disposed of responsibly.

As a kid, we learn three main mechanisms to save our environment: Reduce, Reuse, and Recycle. However, the reality is far away from these simple textbook terms. We can reduce the usage of plastic and even reuse different containers for multiple purposes, but when it comes to recycling, we don’t know the proper method to do that.

To understand recycling, you need to know the plastics that can be recycled and the acceptable ways large recycling companies can utilize them. In this post, we will learn the correct order to dispose of plastic containers to make our environment cleaner and create a sustainable lifestyle.

The term recycling is an eco-friendly process by which we create valuable and beneficial products from trash, which helps reduce global warming.

It can be done in different ways, but the initials of them are the same,

A worldwide used method is mechanical recycling. We can recycle variable things from this method like glass, paper, and different plastics; this method has a suitable property that transforms an unwanted material into a functional product without disturbing its chemical nature.

It can make useless plastic into a sound piece by involving different processes like grinding, washing, separating, drying, re-granulating, and compounding.

Generally, plastic recycling is performed using mechanical recycling, an ideal process that can turn useless plastic into a usable form like a closed circle. Similarly, in the case of glass, it occurs that after being recycled more than once, the material loses its worth and quality, so the final product’s quality is compromised.

Chemical recycling is an advanced technology that provides the original form back to us without moving onto the cascade. It’s a vast terminology with several processes and different macromolecules (polymers) breakdown to combine and form plastic.

This is the first and foremost process in chemical recycling, in which giant molecules of polymers are put into flame without oxygen and break them into smaller parts that behave like a bubble of oil. Under fractional distillation, the synthetically obtained oil fraction is very much like naphtha; this can be used in petrochemical industries to make synthetic rubber, etc.

It is the second process, which includes heating the polymer in the availability of water and oxygen, having a product, a mixture of gases called syngas.

The final step of chemical recycling is depolymerization, in which we cut large polymers into small monomers so that we don’t have gaseous or oily fractions but rather a newer material for forming plastic.

Energy recycling is another option of recycling. But it applies to plastic only. This method uses plastic wastes and converts this into proper forms of energy like thermal and electric energy through a well-known process called incineration. This kind of recycling is referred to as energy recycling which reduces huge masses and saves space in cities with higher populations, especially in countries like Japan, in which population is a huge problem

In old times like the 80s, people took it negatively because of gaseous emissions produced during this process. Nowadays, proper rules and regulations have been made for incineration, so it works appropriately; For example, catalyzers can be used to reduce emissions.

Which Plastic Containers are Recyclable?

It is crucial to consider the fact that not all plastics are recyclable. Some plastics are compostable, while others are thrown into landfills to degrade on their own accord. According to the Society of Plastic Industry, the different types of plastics and we can use a plastic identification sheet provided by the recycling companies or local authorities that tell us which plastic is used in any container? Is it recyclable? What cautions do we need to take while handling them?

You might have seen a number in the middle of the three green arrows in a loop. These numbers indicate which plastic is used to manufacture the product. These little triangles can be used to check the recycling plastics sheet and learn the correct way to dispose of a plastic material.

The number “1” represents Polyethene Terephthalate, usually found in microwavable trays, soft drinks, salad dressings, and the material used to make water bottles, beverages, and sauces. PETE is one of the most commonly used plastics to contain food as it poses less of a threat to leaching. However, it absorbs the molecules in the form of flavors and bacteria from the food that becomes hard to clean.

This is why it is not allowed to be reused in households and instead given to the recycling companies in blue transparent bags.

Although recycled PETE is in high demand for its use as a raw material in carpets, fleece, and furniture, the actual percentage of recycling it is relatively low.

High-density Polyethylene is represented by the number “2” on the product packaging. It is a recyclable plastic and relatively safer to use than PETE. HDPE is mostly used as a packaging material for food that has sensitive bacteria, such as milk jugs, juices, yogurt tubs, shampoos, and cleaning chemicals.

It is also used to make HKAFO (hip-knee-ankle-foot-orthosis) which acts as supporting devices for fractured limbs or assists in any disability. The HPDE is known for preserving the materials inside because it doesn’t release any chemicals into the product.

HDPE is recycled into oil and detergent bottles, pens, tiles, lumber, kennels, fences, and many other products.

The third on the list and represented by the number “3” is PVC, chemically known as Polyvinyl Chloride. This is a very cheap plastic which is why you will find it almost everywhere you look around; it is used to make shopping bags, thin sheets such as cling films, packaging, and even drainage pipes. The versatile plastic is also used in medical accessories such as manufacturing blood bags or packing up medicine tablets in PVC blisters.

The PVC is rarely recycled, and most plastic lumber companies do not consider recycling it, so it only fills up the land sites. It is recommended not to use PVC as a one-time material because fewer companies around that invest in PVC recycling.

Caution: The PVC contains phthalates that are harmful to the hormones in our body. Also, never burn PVC; toxins are released into the air upon burning.

Low-density Polyethylene is another plastic polymer, represented by the number “4,” and is a highly flexible and lightweight material for multiple purposes. Usually, it is used in making plastic bags, wrapping materials for food, garment bags, tubes, carpets, furniture, and many other valuable items.

LDPE is not accepted as recyclable material by many companies. Instead, it is reused because it doesn’t release any harmful chemicals. However, people are researching alternate low-density polymers that are easy to recycle and give the same incentives as LDPE.

Polypropylene is shown by the number “5” in the green arrows symbol. The recycling industry didn’t widely accept the polymer; however, now, some companies are recycling it because not all plastic can be dumped into landfill sites. One of the valuable properties of PP is that it has a high melting point, making it an excellent storing or preserving material for containers that need a hot liquid or must endure the temperature, such as drinking straws must be resistant to heat. Polypropylene is used to manufacture packaging for syrups, liquid medicines, IVs, and yogurt containers.

Polystyrene is another plastic polymer used in making egg cartons, disposable cups, takeout packaging, and several other products. It is mainly in two forms foam and rigid. The monomer styrene releases carcinogens that are harmful to humans and the environment. The only accepted form of this plastic is foam form, but it creates a mess with the pellets that disperse in the air.

Since Polystyrene is not a recyclable material, it is mainly reused for providing support to fragile cargo, put up in the insulation walls, and switch plates. The plastic has the number “6” branded on it.

The number “7” category includes all the plastic products which do not fit into any of the categories above, such as polycarbonates, bisphenol A and S, Polylactic acids, and other plastics. There are rare chances that any recycling company would handle these plastics. You can only check ways to dispose of plastic containers acceptable on your local municipality’s official sites or contact their offices and ask for disposal techniques.

Some plastics, such as BPA, are harmful as they engage with endocrine glands and mimic estrogen-like properties. These other plastics have different functions, such as manufacturing large plastic bottles for water, bulletproof vests, nylon, and computer chips or other devices.

Other Ways to Dispose of Plastic Containers

Although recycling is one of the most sought-after treatments of plastic waste, there are several ways in which we can take care of plastic containers. Here are some of them listed below:

We hope this information will help you dispose of your plastic waste responsibly and efficiently. Also, you can work as a vigilant citizen in keeping your area clean and eco-friendly.