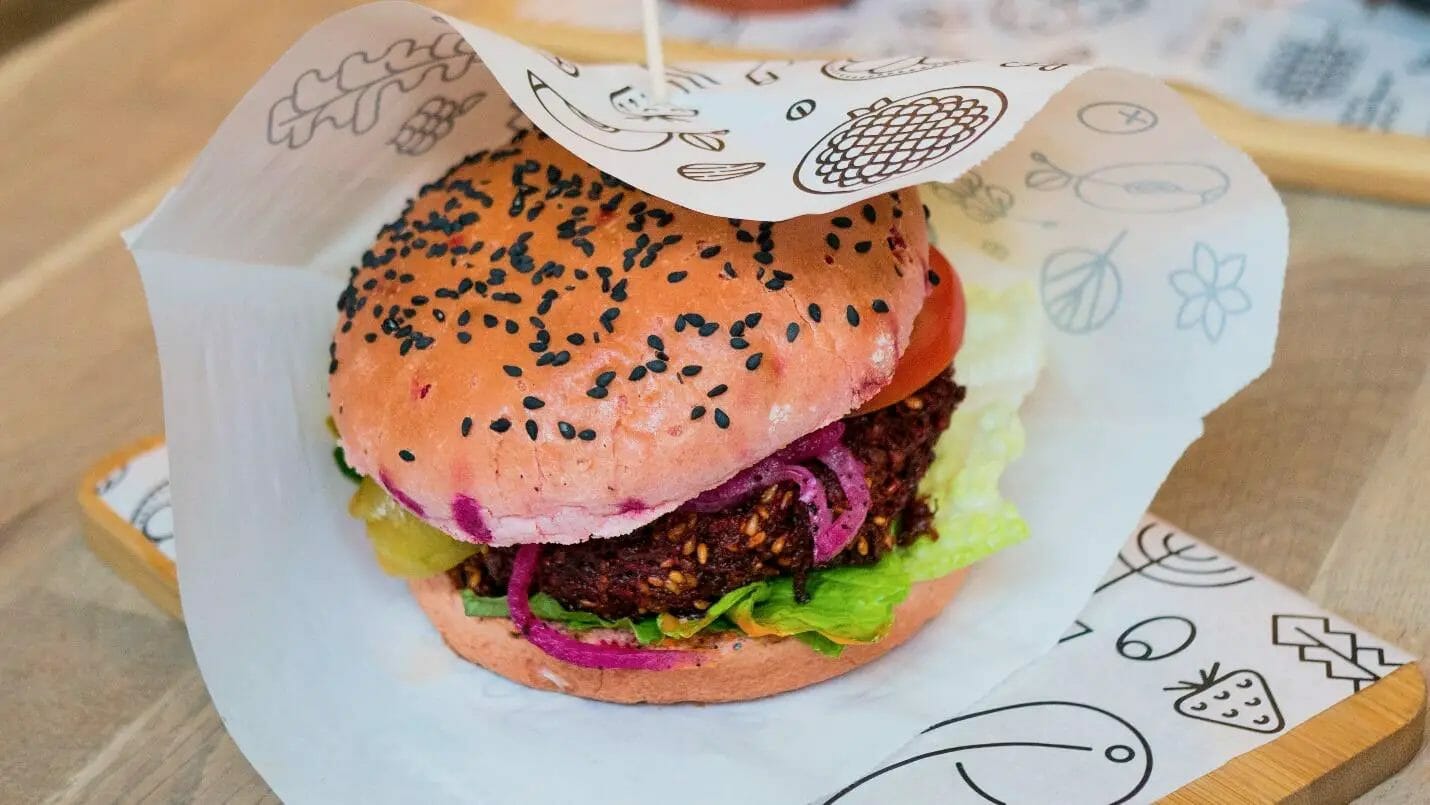 Due to the global accessibility to mainstream internet search engines and social media platforms, people are more aware about what they consume on a daily basis.

In today’s world, being fit is being beautiful. This is why the demand for gym memberships, workout equipment, and fitness attire have skyrocketed in the last decade.

Consumers are fully aware of what different ingredients can do to their bodies and what they need to consume to fit into society’s standards of fitness and beauty.

Another industry that used to be a niche for many years and now has unlimited growth potential is the global vegan meat market.

Hundreds of new vegan meat brands and companies are constantly trying to enter this fast-growing market to benefit from the profitable industrial boom.

As a matter of fact, celebrities as famous as Kim Kardashian have also recently joined the global trend by becoming the chief taste consultant for one of the most popular vegan meat producers, Beyond Meat.

Moreover, over recent years, fitness enthusiasts and environmentalists have turned to strict vegan diets and have claimed to have significantly benefited from practicing such a lifestyle.

Continue reading to learn what vegan meat is, why people turn to veganism, and how to add vegan meat to all your meals.

What is Vegan Meat?

People who have not yet come across the modern-day vegan lifestyle or have not done any research on it usually find the lifestyle boring, unappealing, and difficult to sustain.

Such people comment that being a vegan is the same as being a goat.

Usually, people often get confused when they hear the term vegan meat for the first time. Most people understand what a vegan diet is; however, they do not understand where the word meat comes from.

Vegan meat has nothing to do with any form of animal-based meat or product. Instead, the word meat is used to reflect the similarities in textures and even taste.

Hence, many people who consume vegan meat patties or burgers usually cannot tell that they are not consuming traditional animal meat. However, in reality, there are no traces of animal meat, fat, eggs, milk, or oil that go into the making of this “meat.”

Due to this, many people who were initially skeptical and discouraged to indulge in the vegan lifestyle as they were not willing to live on salads are now more than eager to become full-time vegans,

Moreover, people can recreate their favorite recipes, such as vegan meatballs, vegan nuggets, vegan butter curries, etc., but instead, they can use vegan meat now.

This is why a massive global population has been encouraged to rely less on animal meat forms and switch to a vegan lifestyle.

How is Vegan Meat Made?

In many countries like the USA, Japan, India, Germany, etc., one can find multiple different vegan meat brands at their local departmental stores. However, not every country has vegan meat substitutes for people who wish to quit using animal-based products.

Fortunately, preparing your own vegan meat at home is very easy if you have some simple ingredients at hand.

The most common ingredients that usually go into all kinds of vegan meat substitutes are different kinds of mushrooms, chickpeas, beans, soy, and tofu.

When these ingredients are combined in the right proportion along with spices and herbs, the meat-like food item produced has a delicious fibrous texture, aroma, and taste, similar to that of animal meat.

This is how you can prepare a very simple and popular vegan meat recipe at home:

Vegan meat usually has a shorter shelf-life than animal meat. If you cover the meat in aluminum foil and store it in an airtight container in the fridge, the vegan meat will stay good for 10 to 15 days.

However, if you have opened the container, the vegan meat should ideally be consumed within 3 to 5 days.

The same rule applies whether you prepare vegan meat at home or buy processed vegan meat from the store.

Continue reading to learn about the top ways to add vegan meat to your everyday cooking.

Gone are the days when a plant-based lifestyle was only about eating leafy green salads and consuming lentil soup.

Being a vegan is all about having delicious burgers, pizzas, curries, nuggets, and everything else one can think of, without ever having to think about traditional animal meat.

Moreover, since one will no longer be able to consume the nutritional value of animal meat, they must add some form of vegan meat to get all their required dietary nutrition.

Fortunately, there are ways to incorporate vegan meat into all your meals effortlessly.

Below are some ideas and recipes for vegan meat you can try to make for your breakfast, lunch, and dinner.

Let’s dive right into it!

Breakfast is the most important meal of the day. Skipping breakfast or consuming a low-nutrition breakfast can make you feel sleepy, tired, and unmotivated the whole day.

On the contrary, consuming a nutritious high protein breakfast can set a positive mood for the day, keep you energetic for work or school, and help you remain positive.

Hence, since you will not be eating any pork bacon, or chicken sausages, you need to add some vegan meat recipes to get your needed dose of protein.

Eating a nutritious breakfast is not about sticking to a bowl of oats or celery juice daily. Instead, you need to switch it up once in a while to stay healthy and motivated in your vegan journey.

The vegan meat patty burger is one excellent breakfast recipe that will help you fall in love with the vegan lifestyle. These are extremely easy to make, are low in calories, and are high in nutritional value.

To make a vegan patty burger, you will need the following ingredients:

Here’s what you need to do  to prepare your breakfast burgers:

You can have two of these low-fat breakfast vegan burgers with a cup of coffee on days you need a little extra self-love.

Vegan Sausages with a Fruit Bowl

Vegan sausages are extremely easy to make and can be stored in the fridge for at least two weeks. Use the recipe mentioned at the beginning of the article to make your vegan meat dough.

Then, instead of making one huge loaf, make small sausages from the dough and cover them with aluminum foil for baking.

You can make two dozen vegan breakfast sausages from a medium-sized dough and enjoy them for breakfast every day.

Fry the sausages on medium heat with some olive oil and enjoy them with a size of mustard sauce, green juice, and a fruit bowl.

This perhaps is our most popular and well-loved breakfast recipe using vegan meat. You can use this recipe to woo your friends and family during the holiday season or on a cozy Sunday.

To prepare the vegan shakshuka, you need:

You can eat this delicious and homey shakshuka with a spoon or use it as a dip with some toasted bread.

If you have had a nutritious vegan meat breakfast, you need to have a small portion of lunch. However, do not skip it, as you need to stay energized for the rest of the day.

A simple lunchtime recipe using vegan meat is as follows:

Vegan mushroom nuggets are extremely easy to make and can be eaten for lunch or as a midday snack. For this, you will need:

Now use the following recipe:

If you had a light lunch, you will probably have a big appetite for dinner. Hence, you need a good-sized meal to satiate your hunger.

Below is our most favorite vegan meat dinner recipe.

Our fried vegan meat and tofu recipe is extremely easy to make and will take less than 15 minutes of cooking time. For this, your need the following ingredients:

You can enjoy this hearty yet healthy dinner with a bottle of cold beer and relax as you watch your favorite TV shows.

Why Do People Turn to Veganism?

The number of people willing to embrace the vegan lifestyle continues to accelerate yearly. As a matter of fact, according to veganism 2022 statistics, almost 9.7 million Americans are vegans.

With the option to make and enjoy so many delicious vegan meat recipes, most consumers do not have a significant reason to say no to partial or complete veganism.

The most common reasons for people to practice vegan lifestyles are as follows:

If you want to shift to a plant-based lifestyle, there is no better time than now. With the option of using vegan meat every day, you can enjoy all your favorite recipes without feeling like you might miss out on anything.

Whether you want a vegan steak with rice or a shakshuka, vegan meat will help make either of the recipes taste just as delicious as they would with animal meat without being too fatty.

Hence, wait no more and dive right in to explore the world of vegan meat to live a healthy and energetic life.