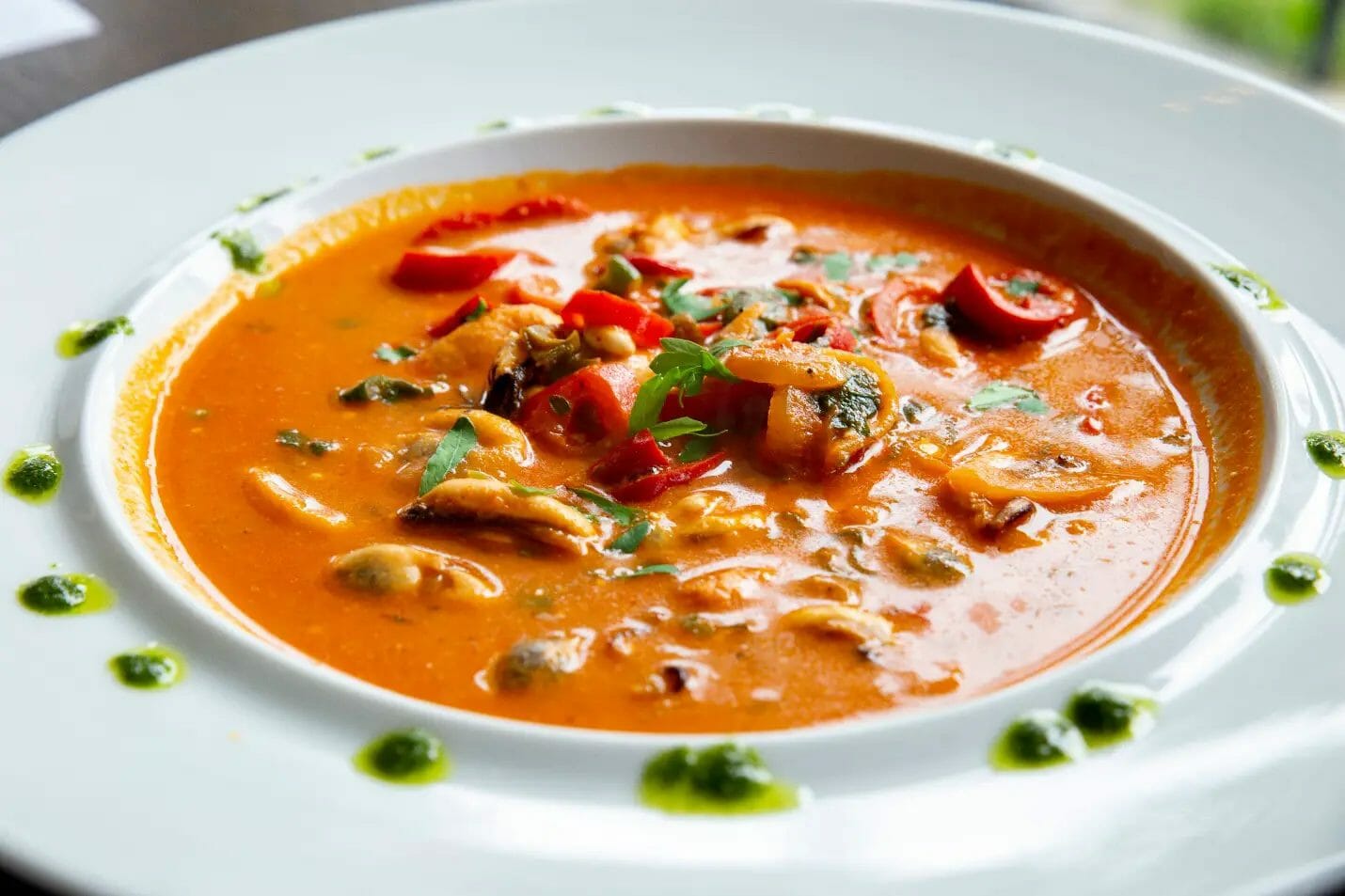 Whether a consumer is a student living in a dorm, a homemaker who has to care for their family, or a professional chef working at a restaurant, everyone needs kitchen appliances to cook their everyday meals. The appliance should be appropriate for the consumer’s specific cooking needs and preferences.

Traditionally, households worldwide have been equipped with a gas or an electric stove. Commercial kitchens and large restaurants also depend highly on a traditional stove. However, in more recent times, the introduction of a hot plate has caused quite a stir in the culinary world, and it’s led people to wonder – which cooking appliance is better? Consumers and critics have mixed reviews regarding each appliance’s usage and benefits.

Some people are hesitant to try a hot plate and are comfortable with their conventional kitchen stove. Meanwhile, others have shifted their preferences to a hot plate and believe it to be a superior appliance. A third group sticks to the traditional stove, but will occasionally use a hot plate for convenience.

Whether a hot plate is better than a traditional stove will depend on many factors. Continue reading below to learn more about stoves and hot plates and which kitchen appliance is better.

What is a Hot Plate?

A hot plate’s design and mechanism are similar to an induction cooktop; however, it is much smaller, portable, and lighter in weight.

How Does a Hot Plate Work?

Most common hot plates are made from materials like aluminum and ceramic. A standard hot plate has a flattened enamel top designed to use electricity to heat up. Its internal coils have high electrical resistance and allow an electric charge to move along them.

The high electrical resistance converts the electrical energy into heat energy. The heat energy is then passed on to the hot plate’s surface, causing it to heat up almost instantly.

How is a Hot Plate Used?

A hot plate is designed to be extremely convenient. A consumer has to turn on the hot plate, set it to their preferred temperature setting, place a cooking pan, pot, bowl, or vessel onto the hot plate’s surface, and begin cooking.

Using a hot plate, you can cook just about anything. From sautéing vegetables for a simple taco to cooking meaty steaks for dinner, a hot plate can do it all.

What is a Traditional Cooking Stove?

A traditional cooking stove is the most commonly found and used kitchen appliance. It is so far the preferred kind of cooking appliance in both households and commercial establishments.

A stove can run on electricity or gas, and sometimes even both. However, electric stoves have gained more popularity as they are most cost-effective than gas stoves.

How Does a Traditional Electric Stove Work?

Although global consumers have a high preference for electric stoves, a hot plate’s portability makes it an excellent choice when traveling.

Hot Plate Vs Stove: Which is Better?

The in-depth evaluation of certain factors will determine whether a stove is better than a hot plate or vice versa. Let’s look at these factors:

Although a traditional stove may also run on gas, to draw a clearer comparison, this part of the article will solely focus on electric stoves and hot plates

Both a hot plate and an electric stove have internal heat coils that heat up due to their high electrical resistance. However, their electricity requirements are different.

Most common standard hot plates usually require 1500 to 1800 watts of electric power to heat up. On the other hand, an electric stove will need approximately 1200 to 3000 watts, depending on the size of its coils.

Since the actual power requirements are not that different, it all comes down to their usage. It is cost-efficient for a consumer to use a hot plate to prepare quick meals or snacks. If a hot plate has to keep running for multiple hours, it becomes quite a costly appliance to run.

On the other hand, a standard-sized traditional stove is more energy efficient for a prolonged duration of usage. However, using a standard hot plate instead of a large electric stovetop will always use lesser electric energy and hence would be more cost-efficient.

Quality and Taste of the Food Being Cooked

Regardless of a cooking appliance’s electricity requirement and usage, the greatest factor that affects a consumer’s preference is the quality and taste of the food prepared on either of the cooking appliances.

According to culinary experts, food critics, and many consumers, the taste and quality of the food prepared on a traditional gas stove is much better than that prepared on a hot plate. Food cooked on a gas stove receives a more even distribution of heat as both the bottom and sides of the pan are heated up.

This lets the heat flow and wrap around the contents of the pan, allowing for more thorough and uniform cooking. Moreover, unlike a hot plate, a gas stove’s temperature can be controlled to go up and down rapidly. This allows the cook to keep the food tender and prevent over or under-cooking. It allows the food to develop richer aromas and have better texture.

Usually, a slow cooking process is preferable as it allows a highly uniform distribution of heat and enhances the food’s texture and richness. However, there are times when a person has to prepare a meal quickly.

This is especially the case when food has to be prepared in restaurants. In such situations, any time delay would lead to customer dissatisfaction and negatively affect the whole experience despite the quality and taste of the food.

Hence, the time efficiency of cooking duration is essential when deciding which cooking appliance is superior. A gas stove uses direct fire and heats up more quickly than a hot plate. As a result, it cooks the food more efficiently and needs less time.

This is why most food establishments have more gas stoves than electric cooking appliances. However, since gas is more expensive than electricity, some people with limited monthly budgets switch to using a hot plate.

A standard gas stove does not only require less time to prepare a batch of food, it may also reduce the overall cooking duration. Most gas or electric stoves come with multiple burners. This allows people to cook different items simultaneously on the same stove.

On the other hand, a standard hot plate usually only has the space for a single utensil or container. Hence, different food items cannot be cooked simultaneously. Instead, the person will have to prepare the different food items individually or even in separate batches.

Hence, depending entirely on a hot plate will take much more time than cooking on a standard gas or electric stove. However, when cooking a single item, that too for just a handful of people, a hot plate will offer great time efficiency.

Although traditional stoves come in different sizes, they usually take up more space than a standard hot plate. As a result, narrow kitchen spaces of a house, an office, or a dorm may feel more suffocating and tighter with a standard-sized stove.

For such spaces, a hot plate is ideal. When needed, one can take out the hot plate and place it on a kitchen counter next to a power outlet. Once the cooking is done, you can store away the hot plate on a shelf and free up the used space.

Hence, investing in a hot plate is far better than a traditional stove for people living in tight spaces.

Misuse and neglect during usage can make either cooking appliance dangerous for the consumer. However, in certain situations, a gas stove is considered more potentially dangerous than an electric hot plate.

Gas stoves use natural gas, and a leak could cause the release of dangerous gases, such as carbon monoxide, air pollutants, and formaldehyde into the air. These gases are toxic to humans and can become fatal.

If a gas stove begins to leak these gasses, the excessive carbon monoxide can irreversibly bind with a person’s blood and affect its oxygen-carrying capacity. As a result, the lack of oxygen can cause a person to feel dizzy and cause their organs to fail. Since the carbon monoxide binding is irreversible, the person eventually dies.

Furthermore, natural gas is highly flammable. If a gas stove leaks sufficient amounts of gas into kitchen space, any spark or flame could cause an explosion.

On the other hand, electric hot plates release no harmful gas into the air and are designed to be much safer. As a result, many younger children are encouraged to experiment with safe cooking on a hot plate instead of a gas stove.

A gas or an electric oven has to be installed in the kitchen space and is not designed to be portable. Most standard-sized stoves are heavier and are a hassle to move.

On the other hand, one of the greatest advantages of having a hot plate is its portability. Most hot plates are under 5 to 10 kgs and can be easily moved around. Moreover, these hot plates can easily be packed and taken along on trips.

Furthermore, these hot plates have a single connecting cord and can be connected to almost any suitable power outlet. As a result, their simple, convenient and portable design makes them a consumer favorite, especially for people who tend to move around more often.

Final Thoughts: Which Is Better?

Both a hot plate and a traditional electric or gas stove have their own particular benefits and limitations. A person who has to cook for a large family would prefer a stove for its size and time efficiency. On the other hand, a frequent traveler would want to invest in a portable, lightweight hot plate for convenient cooking.

Hence, it all comes down to a consumer’s personal needs and preferences.