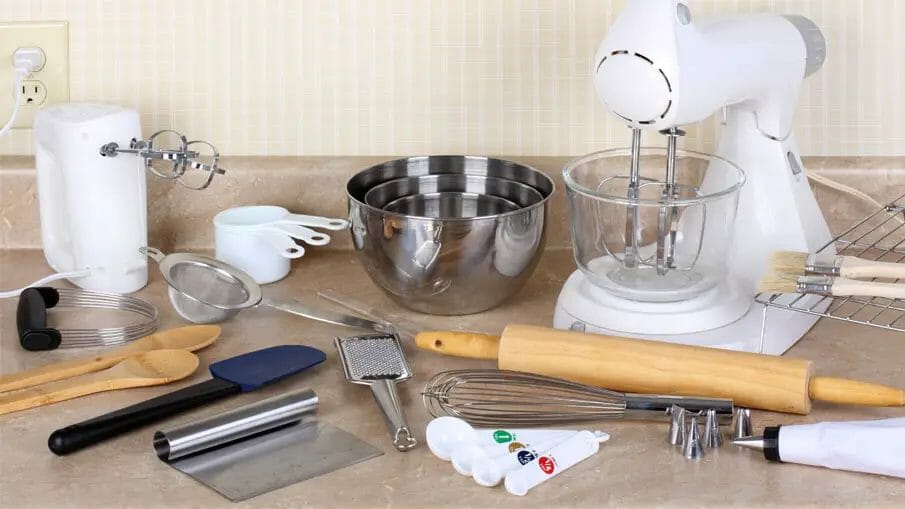 Hand Mixer vs Stand Mixer which one is right for your kitchen?

When you are choosing appliances for your kitchen, there are a lot of elements that may affect your decision, namely price, functionality, and power, among other things.

How much time you spend in the kitchen may also indicate which equipment to use as some equipment isn’t exactly necessary for casual cooking.

This is one of the questions that you might ask yourself when deciding between a hand mixer or a stand mixer as well as just personal preference.

Hand mixers are something of a staple kitchen item and typically come before the stand mixer, which is a more advanced kitchen appliance, but if you are thinking about stepping up your game, a standing mixer may be your next choice.

Other than some the obvious differences, what are some of the advantages and disadvantages of using one or the other?

Benefits of choosing a hand mixer include:

Hand mixers are excellent for simple mixing projects such as whipping cream and egg whites and mixing mashed potatoes, both of which, unless you’re talking about a giant batch of mashed potatoes, wouldn’t always be appropriate in a standing mixer.

You can easily whip out your hand mixer when you need to whip some egg whites but even though hand mixers are quicker to retrieve and operate, are they always the best option?

The motor and torque capacities are significantly smaller than that of a standing mixer, making hand mixers insufficient for extensive mixing and the mixing of a lot of baking doughs, especially those that are firm. For baking and mixing doughs, standing mixers are almost a requirement.

Another disadvantage that comes with hand mixers is the lack of stability. While hand mixers allow you to mix ingredients in any bowl, you have to hold onto the bowl and navigate the mixer at the same time whereas with a standing mixer, you are working with a secure bowl in a fixed position and you don’t have to move the mixer around.

Hands-Free Operation with a Stand Mixer

Using a stand mixer, you essentially relieve yourself of all mixing duties other than flipping the machine on or off. There is no taking a breather in between vigorous bout of hand mixing and even though hand mixers make the job significantly easier, stand mixers take it even further.

Other Advantages to Stand Mixers

Stand mixers typically have a deeper bowl and mix ingredients much more smoothly, meaning that it’s almost impossible to make a mess. With hand mixers, however, you risk splashing and getting carried away with the mixing in a way that may create a mess if you aren’t careful.

Stand mixers can handle significantly thicker dough, especially if you purchase one with a DC motor. For baking lovers, a stand mixer can be your best friend and reduce prep times.

Additionally, stand mixers are typically more advanced in that they may allow you to program settings, set an automatic stop, or create a time, among other things. Often, they will come with more attachments as well.

Hand vs Stand Mixer Which Should You Choose?

The mixer you choose will depend on functionality, mixing requirements, kitchen space, and personal preference but quite honestly, it’s not a terrible idea to own both styles of mixers.

While the stand mixer is significantly more powerful, stable, and advanced, they aren’t always necessary. On the other hand, hand mixers won’t always be able to handle your mixture so one could easily benefit from having both appliances around the house, using the standing mixer only when needed.

Of course, this isn’t always financially feasible so simply consider your cooking habits. If you haven’t needed a standing mixer thus far, purchasing one might not be the greatest investment, especially given the price compared to hand mixers.

There are also several scenarios that may require you to mix by hand only, for example, if the recipe asks for folding rather than mixing lightly beaten eggs or that you mix over heat.

Hand mixers are excellent for small cooking projects but require self-operation and while standing mixers are incredibly powerful and handle the firm dough and large quantities of food, they may be less cost-effective if you don’t see yourself using it often.