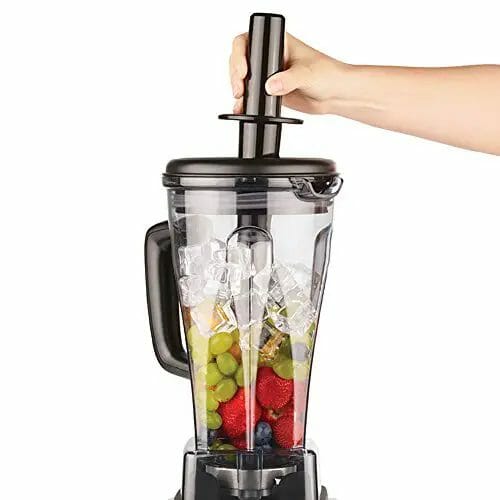 Bullet vs Blender what exactly is the difference and is one better than the other?

As our society becomes more and more obsessed with health and general wellness, we are starting to see a significant increase in the production of different gadgets and technologies, designed to help us achieve these types of goals.

Whether it be an app to track your progress, or a machine to make some sort of healthy meal, the resources are more available to help lead a healthy and fulfilling life.

Of course, with so many resources available on the market, it can be hard to tell the difference between some of them, or determine which ones are actually worth using over more traditional options.

What is a bullet Blender?

If you’re familiar with the health food industry, in any capacity, you’ve likely heard of a product called the Nutribullet along with the Magic Bullet these two blenders have taken the world by storm. They are usually what most people think of when you use the term bullet blender.

This device is supposedly an advanced, miracle-working blender that actually breaks down food at a molecular level, extracting the nutrients from any food.

With the Nutribullet, it seems that essentially, any food could become a “superfood.”Considering that fact, many people are insisting there be a clear distinction between the Nutribullet and any other regular blender.

The Nutribullet has been specifically dubbed as a “superfood nutrition extractor,” which means that it does far more than any normal blender could ever attempt. This ability is due to its powerful blending speeds of 10,000 rpm, and the incredible power of a 600-watt motor.

David Wolfe, the “longevity and nutrition expert” of Nutribullet, explains in an infomercial that the device “breaks down the cell walls of your food” to release the nutrients that can be found inside.

Differences Between the Nutribullet and a Regular Blender are as follows.

Of course, the most obvious and prominent difference between the Nutribullet and an ordinary blender is the sheer power that the Nutribullet uses to blend up fruits and vegetables.

In the product’s infomercial, the Nutribullet blended up leaves and seeds into a smooth and pure juice, while a traditional blender left pulp and chunks behind in a strainer.

The high speeds at which the Nutribullet operates allow the device to blend every bit of the food you put into it, meaning that you’ll reap the benefits of all the nutrients that food has to offer.

While a traditional blender will typically hold around 64 ounces, a Nutribullet will only hold 24 or 32 ounces, depending on which size cup that you choose to use.

Similarly, a big difference between the two can also be seen in the Nutribullet’s versatility, as it can essentially blend up any ingredient, even those with nuts and seeds, into a smooth, juice-like consistency.

Benefits of Using a Nutribullet

At this point, it’s a bit hard to deny or argue with the many advantages of using a Nutribullet. If it does what it says it can do, which has already been proven true, then it’s the best blending option you could possibly use for optimal health and wellness.

On top of that, the Nutribullet is actually pretty affordable, considering how versatile, useful, and powerful it is. Compared to the only other blender that compares in power and speed, the Nutribullet has a far more reasonable price.

Overall, when comparing the two blenders, the Nutribullet clearly wins the battle against the traditional blender. This “superfood nutrition extractor” gives you more bang for your buck, when it comes to fruits and vegetables.

Now you can blend them up without missing any essential parts that get left behind by blenders not powerful enough to get. On top of that, you obtain more nutrients out of less food than you can with any other device.