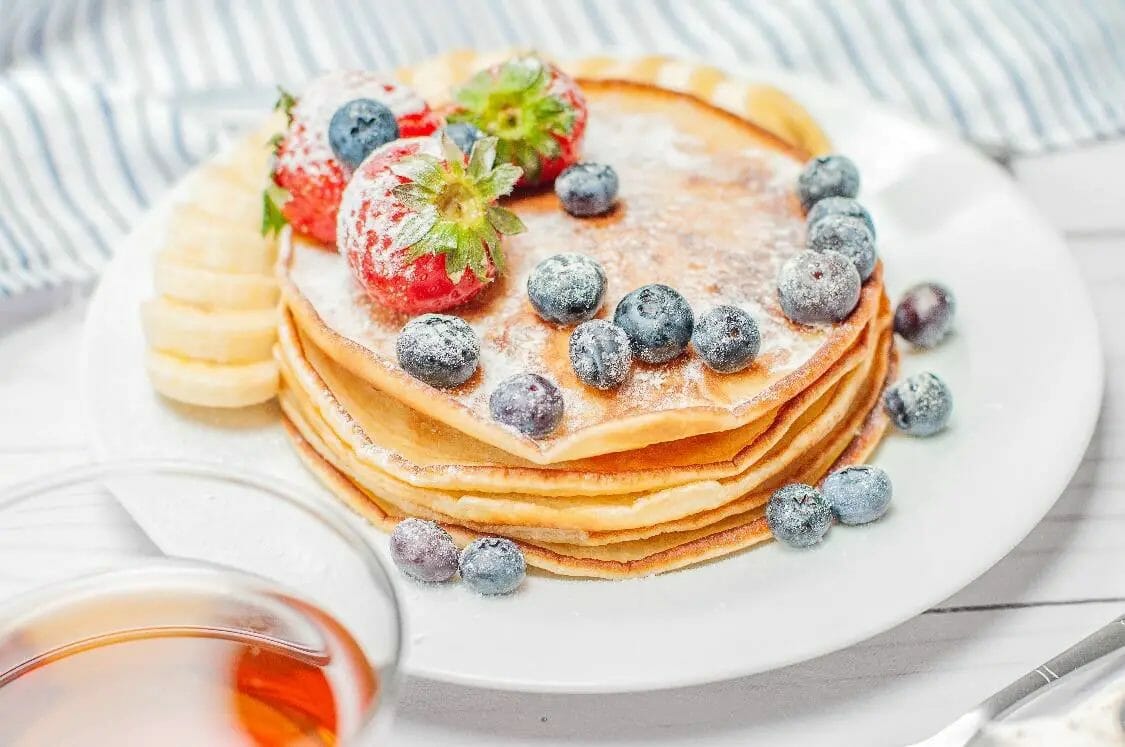 With the ever-evolving world, the concept of health and fitness has completely transformed. People across the globe are no longer indulged in self-starving diets that leave them with barely any fat or muscle.

Today’s consumer is not only trying to achieve a healthy lifestyle but is also well aware of how different natural and processed ingredients affect their bodies.

Due to the abundance of knowledge and easy access to information, the world is experiencing a noticeably big shift in consumer choices and preferences when it comes to their everyday diets. Across the globe, the trend of shifting away from animal-based milk to completely plant-based vegan milk substitutes is at an all-time high.

Continue reading to learn what animal milk substitutes are and why people usually prefer them over animal milk.

Moreover, this article will highlight some delicious recipes and tips to incorporate  plant-based vegan milk when preparing your breakfast. Let’s get started!

What Are the Best Animal Milk Substitutes, and How Are They Produced?

Some plant-based vegan milk may appear just like animal milk; however, they differ greatly in consistency, taste, smell, and nutritional value.

While animal milk is a high source of calcium and healthy protein, plant-based vegan milk forms offer other nutritional benefits.

The most common types of animal milk substitutes or plant-based vegan milk forms are as follows:

Soy milk is a popular animal milk substitute that spread across the world really quickly  after first being introduced in China. It is a well-loved and globally sold plant-based vegan milk form high in vegetable protein.

Soy milk is easily available in many countries of the world and can be purchased from vegan grocery stores or simple retail marts. Moreover, one can also make fresh soy milk at home using soybeans and water.

How is Soy Milk Produced?

Bottled or packaged soy milk is available at almost every grocery store that carries vegan milk forms. It can be stored in the fridge and has a shelf life of 2 to 4 weeks.

As the name suggests, the main ingredient that goes into soy milk is soybeans. In order to produce thick and healthy soy milk, fresh soybeans are thoroughly washed and submerged in filtered water for several hours. This allows the soybeans to soften and soak up the filtered water.

The soft soaked soybeans are put into a blender or a manual grinding tool and are blended until a thick mixture of soybeans and water is formed. The mixture is then poured into a container and put over a medium flame till it boils.

The boiled soybean and water mixture is passed through a fine sieve or a mesh, allowing thin soy milk to pour through and the hard soybean peels and particles to be left behind. The fresh soy milk is then poured into a container and cooled down before consumption.

Soy milk is the plant-based vegan plant milk that is the most similar looking to animal milk due to its thick consistency and cream white color. The milk is then also used to form soy milk, vegan cheese, yogurt, along with flavored milk beverages.

The plant-based vegan milk we can see being used most commonly and popularly by celebrities and online chefs is oat milk. This is because oat milk is easy to produce, easy to store, nutritious, and tastes amazing.

How is Oat Milk Produced?

Whole oat grains and filtered water are used to produce delicious and creamy oat milk. Just like soybeans, whole oat grains are also submerged in water, where they are left to soak for several minutes.

Once the oats have plumped up and soaked enough water, the oats and the water are poured into a high-power blender. The blender continues to mix its contents until a smooth, creamy, and homogenous oats and water mixture is formed.

The mixture is passed and pushed through a metal mesh or a cheesecloth to separate the thin cream-colored oat milk from its dry contents. The plant-based vegan milk produced is said to be extremely delicious and has a similar creamy consistency to animal milk.

Oat milk is loved because it’s a perfect and healthy substitute for animal milk, along with being tasty and aromatic. It is packed with a lot of soluble and insoluble fiber, which helps reduce the occurrences of digestive tract diseases.

Moreover, oat milk is especially preferred over animal milk due to its superior nutritional value. Unlike any animal milk form, oat milk has extremely low calories, along with containing only small amounts of sugar, carbs, and fats. This nutritional value makes oat milk ideal for keeping blood sugar levels low while helping the consumer lose weight.

Moreover, you can easily find oat milk beverages and coffees at popular globally dispersed establishments like Starbucks or Dunkin Donuts.

Coconut milk is the only naturally occurring form of plant-based vegan milk. It does not have to undergo any production process and can be consumed directly, just like animal milk.

Coconut milk is extracted from large, fully matured coconuts, which can be found in different tropical and island regions of the world. It has a thin water-like consistency and is cloudy in color.

Coconut milk contains a high concentration of coconut oil, which makes this plant-based vegan milk form the richest vegan milk out there. Hence, for people trying to cut down their calories or lose weight, coconut milk is probably not such a good idea.

Almond milk is one of the oldest and most globally abundant forms of plant-based vegan milk forms. It is said to be first made and introduced in Southern Europe nearly 1000 years ago, and then quickly spread across the rest of the world.

Almond milk is just one vegan milk type produced from nuts. Other types include peanut or pistachio milk.

Moreover, almond milk is commonly preferred by people trying to live a low-calorie, healthy lifestyle and wish to shed a few pounds. It contains the nutritional value of almonds, which makes it a great energy drink while keeping the calories and fat low.

Almond milk is a popularly consumed form of plant-based vegan milk, and hence can be found in a number of different flavors such as chocolate-flavored almond milk, vanilla almond milk, banana, and cinnamon almond milk, etc.

Furthermore, restaurants and beverage-selling food corporations around the world have been using almond milk to prepare their dishes and coffee drinks to cater to the huge customer base that loves almond milk.

How is Almond Milk Produced?

One simply has to purchase good-quality organic almonds and submerge them in filtered water for several hours. Once the almonds have soaked up the water and their peels have loosened up, simply remove the peels and pour the peeled almonds and filtered water into a high-power blender.

Blend the mixture until a pasty, creamy-white almond mixture is formed. Finally, pass and press the mixture through a cheesecloth, a sieve, or a mesh to separate the creamy aromatic almond milk from its dry matter.

Why Do People Usually Switch to Plant-based Vegan Milk Forms from Animal Milk?

Some common reasons why people switch to consuming plant-based vegan milk forms instead of traditional animal produced milk are as follows:

All types of animal milk forms contain high amounts of lactogen. Hence, to keep their digestive system healthy and steer clear of digestive issues, many people consume plant-based vegan milk forms as they contain no traces of lactogen.

For such people, plant-based vegan milk forms are an excellent way to live their life as normally as possible.

As mentioned above, oat milk, soy milk, almond milk, and coconut milk are the most popular and well-loved plant-based substitutes for animal milk. Continue reading to learn how these milk forms can be incorporated into your everyday breakfast to live a healthy and fit life.

One of the most loved and popular ways of adding soy milk to your breakfast is by preparing a delicious tropical soy milk smoothie. It will be extremely easy to prepare and will give you a high dose of energy and many other nutritional benefits.

To prepare a serving of tropical soy milk smoothie for breakfast, you need the following ingredients:

Follow this recipe to prepare this delicious and nutritious vegan breakfast drink:

Oat milk is extremely healthy and can improve your mood for the whole day when had for breakfast. One of our most loved and highly demanded oat milk breakfast recipes that you need to try as a weekend treat is the oat milk banana bread with vegan chocolate chips.

To prepare this delicious oat milk breakfast treat, you need the following ingredients:

You can eat the delicious and aromatic oat milk banana bread or add a scoop of vegan vanilla ice cream on top to further enhance the experience.

Coconut milk is nutritiously rich enough to give you a strong dose of energy to last the whole day. Our coconut milk vegan pancakes are extremely easy to make, super delicious, and are the ultimate comfort breakfast for days you need some self-love.

To prepare a stack of vegan coconut milk pancakes, you need the following ingredients:

Serve the pancakes with some icing sugar, butter, and maple syrup, and enjoy!

Our almond milk waffles are the ultimate nutty and aromatic breakfast goodness that you need to prepare for a festive holiday morning.

For this recipe, you need the following ingredients:

Serve the waffles with some icing sugar, crushed almonds, vegan chocolate syrup, and a scoop of vegan ice cream. Enjoy!